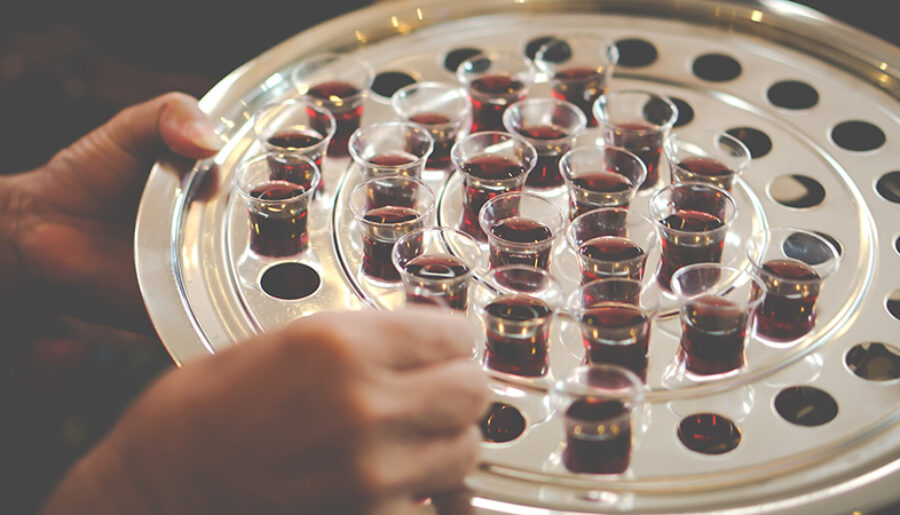 Last month we dipped our toes into the Sacraments by looking very briefly at Baptism in Article IX. This month, as promised, we are looking at the Sacrament of the Altar in Article X.

Article X: Of the Lord’s Supper.

Short, succinct and direct, these words. Yet there have been many controversies surrounding this Article. For as written it rejects “those that teach otherwise” who would be in the fully Protestant camp in these discussions. And in the end, there are some disagreements with Rome regarding the nature of a Sacrament and what place they have in our lives as God’s people.

At the time of the Augsburg Confession (which is the topic we’re looking at in this series), Rome approved the Reformers’ “statement that the Sacraments are not just marks of profession among people as some imagine. Rather they are signs and testimonies of God’s will toward us. Through them God moves hearts to believe.” (Ap XIII 1) So that as discussed last month, the direction of the movement is first and primarily in the direction from God to us. Our movement flows afterward, moved by the faith that has been given to us toward God.

In the end, the issue with Rome pertains to the number and the nature of the Sacraments; where they come from and what they provide. The Apology of the Augsburg Confession has a bit more to say about this.

Rome counts seven Sacraments: Baptism, Confirmation, the Sacrament of the Altar, Penance, Marriage, Holy Orders, and Anointing of the Sick, or Extreme Unction. The Reformers, surprisingly perhaps, were not too excited about the number of Sacraments, holding “that the matters and ceremonies instituted in the Scriptures, whatever the number, should not be neglected.” It is instead more telling that we understand what a Sacrament is.

“If we call Sacraments rites which have the command of God, and to which the promise of grace has been added, it is easy to decide what are properly Sacraments. For rites instituted by men will not in this way be Sacraments properly so called. For it does not belong to human authority to promise grace. Therefore signs instituted without God’s command are not sure signs of grace, even though they perhaps instruct the rude [children or the uncultivated], or admonish as to something [as a painted cross]. Therefore Baptism, the Lord’s Supper, and Absolution, which is the Sacrament of Repentance, are truly Sacraments.”[1] (Ap XIII 3, 4)

Marriage, for example, was established long before Christ appeared, and does not include God’s promise of the forgiveness of sins and eternal life. From the Defense of the Augsburg Confession:

“(Matrimony) has, moreover, God’s command; it has also promises, not indeed properly pertaining to the New Testament, but pertaining rather to the bodily life. Wherefore, if any one should wish to call it a sacrament, he ought still to distinguish it from those preceding ones [the two former ones], which are properly signs of the New Testament, and testimonies of grace and the remission of sins. ((Ap XIII 14)

So though commanded by God, marriage does not promise forgiveness and eternal life. On the other hand, Holy Orders were not commanded in Scriptures but are of human origin, and themselves are the subject of other discussions about the source of salvation and the forgiveness of sins.

The list of sacraments provided a few paragraphs above might be a little surprising to many, since it includes the Sacrament of Repentance and Absolution. There’s a change in focus from the corresponding Sacrament in Roman categories, which we’ll talk about later. But it’s telling that in the daily life of our congregations, nearly all Lutheran churches hold forth the first two listed as Sacraments but neglect or ignore the third. We will address that issue in the future. Next month we’ll stay with this topic and look at the other side of the spectrum, i.e., the Sacraments (and especially the Lord’s Supper) according to most Protestants. I think you’ll find this interesting!! 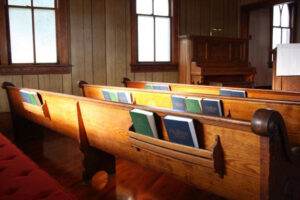 Working Together for God’s Purpose

The Church Year calendar is winding down quickly! Later this[...]