For the last two months we’ve been looking at our teaching about the Lord’s Supper. I hope that you will read the article suggested last month by Dr. Phillip Cary. It provides a good start for understanding our Lutheran teaching in contrast to the Roman Catholic, the Reformed and the Evangelical teachings, and why the Lutheran teaching is properly Biblical, and so is true.

This month we continue to Article XI – Confession.

Of Confession (our churches) teach that Private Absolution ought to be retained in the churches, although in confession an enumeration of all sins is not necessary. For it is impossible according to the Psalm: Who can understand his errors? Ps. 19:12.

In 1215, Canon 21 of the Fourth Lateran Council the Roman Catholic Church affirmed the “Omnis Utriusque Sexus” which “commands every Christian who has reached the years of discretion to confess all his, or her, sins at least once a year to his, or her, own (i.e. parish) priest.”*Key here is that for Rome the unconfessed sins would not be absolved by the priest, so that justification depends not on Christ alone, but also on my ability to recall each sin since the previous confession. As noted above in Article XI – enumerating all sins is an impossible task.

This article also refers back to Article IV – Justification which we discussed way back in December of last year:

Article IV – On Justification: Our churches with common consent do also teach that men cannot be justified before God by their own strength, merits, or works, but are freely justified for Christ’s sake through faith, when they believe that they are received into favor, and that their sins are forgiven for Christ’s sake, who, by His death, has made satisfaction for our sins. This faith in God imputes for righteousness in His sight. Romans 3 and 4. (**AC IV 1-4)

There are accounts of Luther’s behavior in the confessional as an Augustinian. I think it was R. C. Sproul who characterized his confession as going on for hours, often frustrating his confessor to the point where he said something like “why don’t you confess real sins instead of these peccadilloes?” So perhaps Luther would say “I confess that I coveted Brother Dominic’s mashed potatoes at dinner last night.” This sounds trite, but it does show that we might consider things not really sins when indeed they are. This leads to an arrogance in which we excuse ourselves when we should not. If we “fall off the horse on the other side” we go into despair, for as the psalmist says, we cannot count all our sins. Since we are not able to measure up, we despair.

The point is that in this way confession becomes a “work” by which we earn our justification. We look to ourselves and what we do rather than only to Christ. When such demands are made, confession becomes a bludgeon under which the Church is a harsh master, and the penitent sinner can never be certain of their salvation – and so does not receive faith in the promises of God.

The purpose of this sacrament (it is called a sacrament in the Apology, but more on that later) is not to be a bludgeon, but rather to comfort the consciences of penitent sinners with the assurance of God’s forgiveness for Christ’s sake, and to strengthen their faith in the promises of Christ. Note that in the Article itself, the emphasis is on the Absolution – and that forgiveness is pronounced by the pastor/priest “in the stead and by the command of our Lord, Jesus Christ.”

The introductory note to Article XI in Concordia: The Lutheran Confessions includes the following background:

“By the time of the Reformation, the practice of confessing sins privately and confidentially to a pastor had been a well-accepted church practice for more than a thousand years. Private Confession and Absolution was never something Lutherans wanted to get rid of.”

That private confession has fallen into disuse is a tragedy. Clearly Article XI assumes that private Confession and Absolution will take place in the Lutheran Church. My grandparents and perhaps yours also regularly went to their pastor for this purpose, but not so much my parents or myself. The problem addressed by this article is that by demanding that every sin be recalled and confessed, the Roman Church makes forgiveness dependent on our work. This sacrament is being restored in many churches, and I pray that it will be restored and received with gladness and thanksgiving here in Eureka as well. We all need that firm assurance that Christ forgives all our sins by the word of Christ’s abolution. 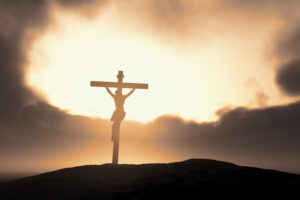 So far we’ve skated over the surface of the first[...]

Article XII - Of Repentance – (Our churches) teach that[...]