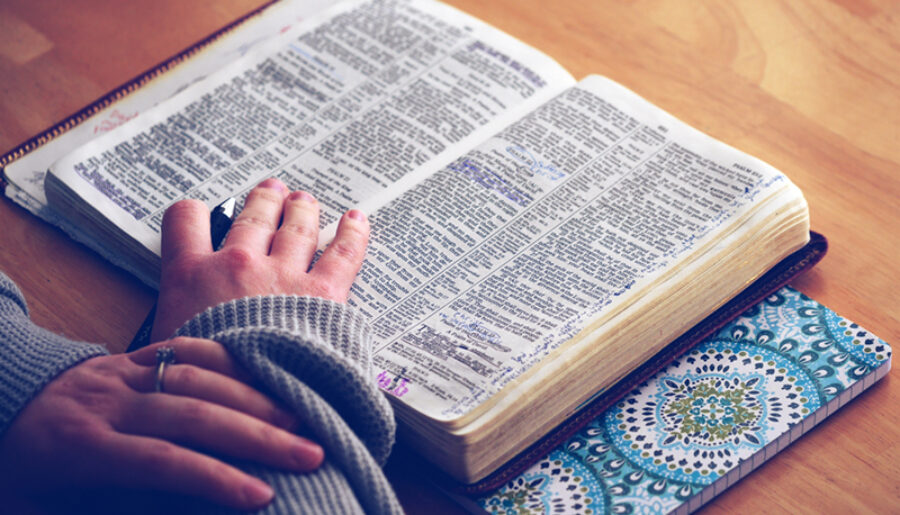 It’ll come as no surprise to any of you that your pastor is concerned that your faith will grow. Regularly. Constantly. In a good direction. I suppose that this is one of the reasons for the Being Lutheran article that accompanies each newsletter. That little piece takes you into the Lutheran Confessions that were published 440 years ago this coming June 25.

ut here I’d like to get a little more basic.

One of my favorite writers is Robert Louis Wilken. He teaches history at the University of Virginia and has written much about the Early Church Fathers who lived in the first few centuries after Christ. But one of the more poignant pieces I’ve read lately* has to do with the language of the Christian. St. Augustine established Martin Luther’s order and was formative for him. He was converted and quit his job as a teacher of rhetoric back in the fourth century. He asked his new pastor what to read in the Scriptures that would help him to grow. Augustine’s pastor, St. Ambrose, told him to read Isaiah.

Well, Augustine didn’t understand the first thing about what he was reading – or at least didn’t understand the sense in which it was to be taken. According to Wilken, Augustine had known about all kinds of other writings, but things like “sinful nation” and “holy one of Israel” and a host of other phrases that were foreign to his formerly pagan ear. Foreign as they tend to be to our ears in our day.

“Augustine called Isaiah’s language ‘the Lord’s style of language,’ and he recognized that if he were to enter the Church he would have to learn this new tongue, hear it spoken, grow accustomed to its sounds, read the books that use it, learn its idioms, and finally speak it himself.”* Language – words – form us in ways that are deep and enduring.

And that’s what we wish for our church and the world around us – that we learn not only the deep and enduring, but also the true.  To do this, we all need to learn the language. Not only to read in our heads in a kind of ethereal way, but to read aloud to ourselves, to our kids, or to each other; to hear the sounds and the flow of words so that they enter into our ears in special ways; to commit to memory; also to say repeatedly at home and with the Body of Christ the words of the ancient liturgy. “The Lord’s style of language.”

In our weekday devotions we have heard the words of Exodus, Leviticus and Numbers. Such words –perhaps especially these from the Old Testament – give us a language and ideas that are new to us in the 21st Century – words and ideas that consist of “the Lord’s style of language.” These words are the means whereby the Spirit continues forming you and your families into God’s people, giving breath to your faith, bringing you more and more into the company of “angels and archangels and all the company of heaven” and into the presence of the “Lord, God of Sabbaoth.”

Learn the language! Speak it! Teach it to your kids, your grandkids, your spouse, your neighbor! Keep breathing; keep growing!