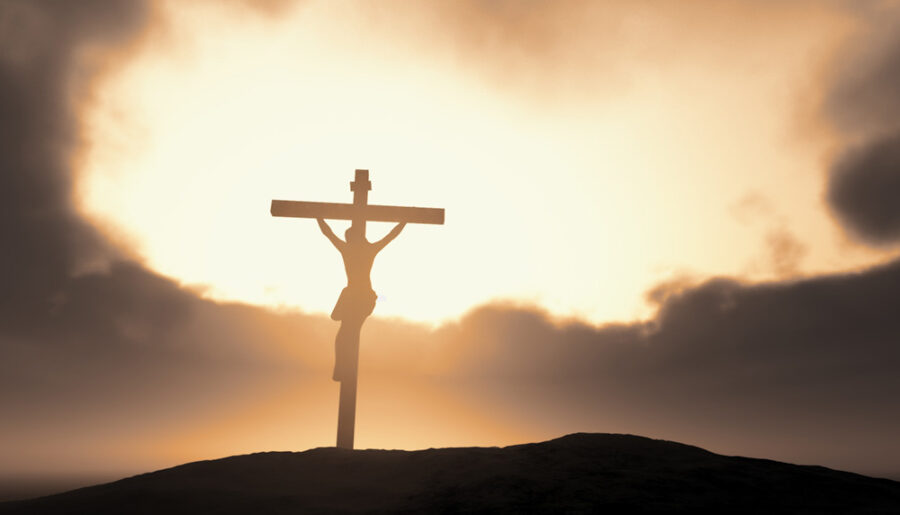 So far we’ve skated over the surface of the first two Articles of the Augburg Confession – and we will continue to skate into and over Article III this month. As Lutheran Christians we have so far spoken of our doctrine (don’t be offended by the word – it only means . . . ) teaching about God, and about Original Sin.

As we moved through the first two Articles: I – God, and II – Original Sin I missed mentioning to you last month that our teaching on Original Sin is different from that of the Roman Church. At the time of the Reformation there were a number of ideas floating around among the church hierarchy that had taken up part of an ancient heresy espoused by a priest named Pelagius. He contended that in The Fall, humanity’s fall had not been so bad; he contended that we could still muster up enough goodness in ourselves that we could please God and make satisfaction for our own sins. (“Pelagianism”) The medieval Church had taken up just part of the heresy, so that our ability to move toward God had been impaired, but not destroyed. This is Semi-Pelagianism. The Luther/Reformers replied with an emphatic NO: our wills can’t make any movement toward God; instead He comes to us through His Word and the Holy Spirit, and through the Sacraments. This theme is more important than it might appear at first reading. It extends far into our understanding of who we are and what the person and work of Christ is.

SO – next in the sequence is Article III – The Son of God. Which reads:

It is also taught among us that God the Son became man, born of the virgin Mary, and that the two natures, divine and human, are so inseparably united in one person that there is one Christ, true God and true man, who was truly born, suffered, was crucified, died and was buried in order to be a sacrifice not only for original sin but also for all other sins and to propitiate God’s wrath. The same Christ also descended into hell, truly rose from the dead on the third day, ascended into heaven, and sits on the right hand of God, that he may eternally rule and have dominion over all creatures, that through the Holy Spirit  he may sanctify, purify, strengthen, and comfort all who believe in him, that he may bestow on them life and every grace and blessing, and that he may protect and defend them against the devil and against sin. The same Lord Christ will return openly to judge the living and the dead, as stated in the Apostles’ Creed.

In this the reformers are continuing to lay the foundation for the primary article – the one “on which the Church stands of falls” – which is Article IV: Justification. Perhaps the most important pieces here are first that God looks at our sin so seriously (as we also should take our sin seriously) that in order to reconcile us to Himself He had to do more than have a mere man die. Second, His participation in all of this goes fully into His essence,  both the righteous wrath against your sin and His loving mercy.

So the Son of God, the eternal Word, the One present at creation, whose Word was given to the prophets in the Old Testament both to speak to all people of the depth of their sins – original sin as well as their continuing treason against God – and to foretell the coming of God to us as Jesus of Nazareth. Then He took human flesh into His deity, lived a life of obedience to the Father, took your sins upon Himself, and died to reconcile you to God.

There’s a short sentence in the Apology of the Augsburg Confession that pulls these two articles together and lays out just why they are so important for us to have in our minds and hearts:

“For the magnitude of the grace of Christ cannot be understood . . . unless our diseases be recognized. As Christ says (Matthew 9:12, “They that are whole need not a physician.” (AP II (I) 33)