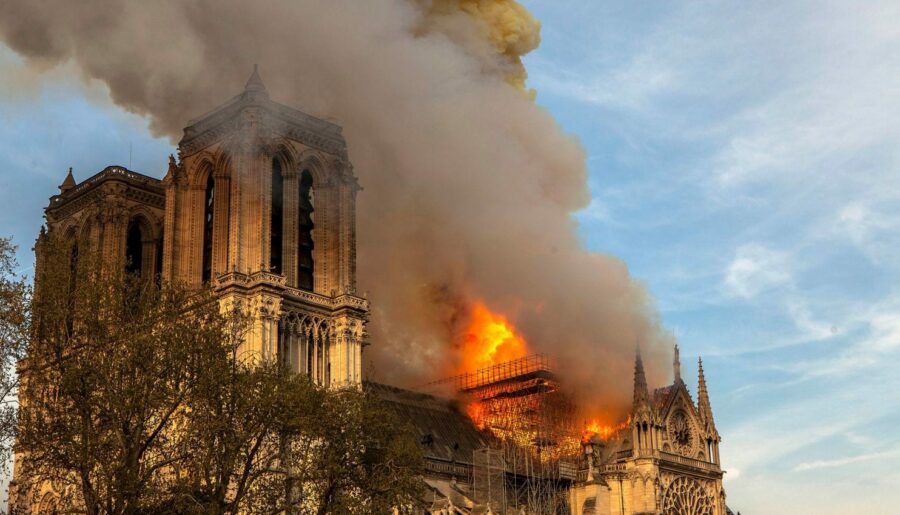 The Loss of Notre Dame

If you have not heard or seen any news items about the recent fire at the Notre Dame de Paris Cathedral, you almost have to have been living under a rock.

The event has sparked discussions on so many topics at so many levels it’s hard to keep track of them. There have been questions about why the possibility of vandalism or purposeful desecration might have been ignored or not asked – especially in light of a recent up-tick in the number of such events in Paris.

Almost immediately President Macron called for the cathedral to be restored quickly, and funds began to flow in to support the effort. But some serious questions have been raised about that effort. Primary among the questions is whether it will be even possible to do this, given the changes in our world that have transpired since the cathedral was constructed. The French in the 11th Century arguably had a different kind of collective soul than they have now. It was from their deep faith in the Triune God that the French were able over hundreds of years to build this cathedral to God’s glory. How can a now secular people truly reconstruct the work of a people whose hearts were captivated by the glory of God? The words that are used say a lot. They talk about rebuilding the “monument” rather than the “cathedral” at Notre Dame – and that’s a danger every congregation also faces; the danger of having a monument to the past rather than a living assembly of God’s people. Many of the fixtures and appointments here at Christ Lutheran Church were “dedicated to the Glory of God” by those who came before us. The features that they left to us are indeed appreciated, but we should always remember that what glorifies God most is our gathering together as His children to hear His Word that He might draw us nearer to Himself and keep our faith in Him alive.