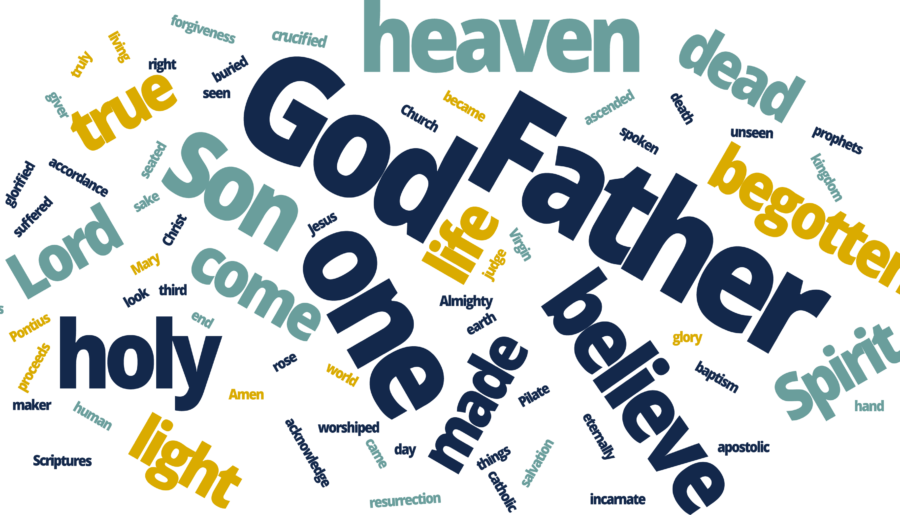 “One holy, catholic and apostolic church.”

During the season of Lent, and now during the season of Easter, we’ve been confessing the Nicene Creed each Sunday morning. During other parts of the liturgical year – especially during the season after Pentecost, or “normal” time – we confess the Apostle’s Creed. There’s one more that is in the Lutheran Book of Concord that we might say once each year – typically on Trinity Sunday when we want to get really detailed about what we tell the world around us about the God we worship.

Some of our Christian brothers and sisters around us wonder why we do this. Here’s one answer for you to give if you’re asked – one that I hope you’ll find comfort in.

One of the accusations hurled at Lutherans in the 16th Century was that we were a “new faith.” But that’s not at all what Luther or any of his fellow Reformers were up to. We are a continuation of the historic Christian faith of all times and all places. In this sense, we are “catholic-with-a-small-‘c’.” The word “catholic” comes from two Greek words that combine to mean “according to the whole.” If you look in our hymnal, this word appears in the creeds with the lower case “c” at the beginning. The upper-case Catholic church is a short-hand that refers to the Roman Catholic Church.

The three Creeds listed above are called the “Ecumenical Creeds” since they express the beliefs of Christians through the centuries. While they don’t come directly from the Bible, they were developed by the Church Fathers in the first centuries of the Church. They are short summaries of what we believe about God – about the mystery of the Triune (Three-in-One) – God; about who He is, how He relates to creation and humanity, and what He has done and continues to do for us.

One of the reasons these creeds are so important is that they tie us to the apostolic faith – the faith once delivered to the saints (Jude 1:3) through the apostles. Jesus didn’t directly write any books. But Jesus sent His apostles – that’s what the word “apostle” means; one who is sent. It is to those Apostles who Jesus gave the Word, and who have given it to us. These creeds anchor us to eternal Truth – not because they trump Scriptures, but because they properly give a summary of what the Scriptures teach. They give us balance and keep us from focusing in the wrong place for too long; they keep us from getting lost in the weeds, so to speak. We subscribe to them, and to the Lutheran Confessions for the same reason; not because they are in any way superior to the Word given to the Apostles, but because they are faithful summaries and interpretations of that Word. 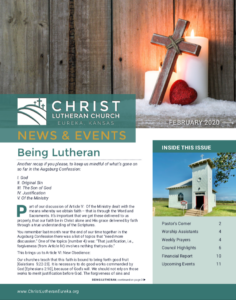