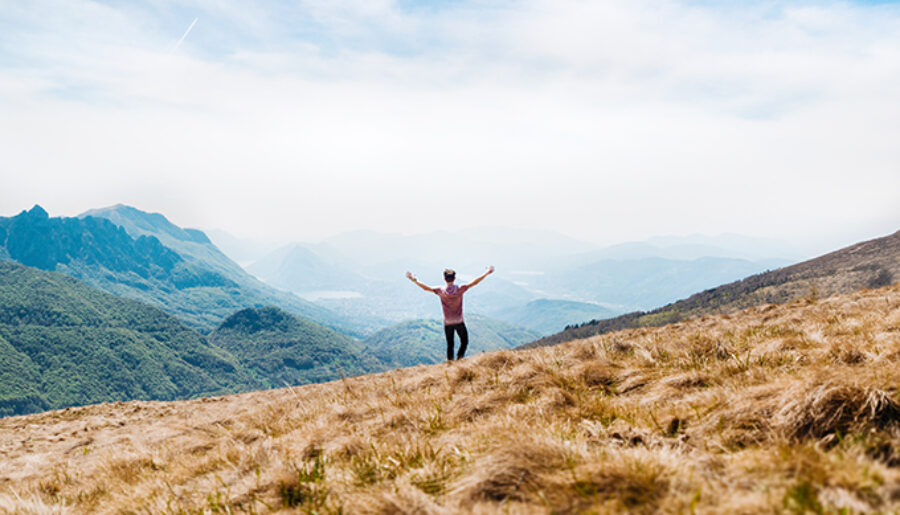 Back in the days prior to the Reformation, the church taught that some humans were in an essentially higher state of existence than others – they were “better” than others – because they were priests or were doing “better” things in their lives. At the top of the scale were priests and members of religious orders; then came kings and the royalty, and the peasants were at the low end of the scale.

The Augsburg Confession states the problem well: “ . . . (when) the father of a family works to support his wife and children and  raises them in the fear of God; (when) the mother of the family bears and nurtures the children; when a prince or rulers govern a country, etc.” these are considered secular, unspiritual ways of life. “Such works, commanded by God, had to be a “secular and imperfect” way of life, while the traditions had to have impressive name, so that only they were called “holy and perfect” works. (Augsburg Confession Article XXVI; 10,11)

But this doesn’t square well with biblical teachings – among them Paul’s words in his first letter to the Christians at Corinth: “20 But now indeed there are many members, yet one body. 21 And the eye cannot say to the hand, “I have no need of you”; nor again the head to the feet, “I have no need of you.” 22 No, much rather, those members of the body which seem to be weaker are necessary. (1Cor 12, NKJV)

Father Luther thought about this a lot, and wrote quite a bit about our vocations, or “callings” (Latin vocare = to call).  We each have a number of “callings” or vocations. We’re each called to be members of a family as husband and wife, father, mother, children; we’re also called to whatever our work (yes, sometimes called our vocation!) might be; we’re called to be citizens and live peaceably and harmoniously in society with those around us; and we’re called to be with the Body of Christ as active members of that body – wherever we might be.

With this viewpoint Luther “re-set” our perspectives on our daily work. All vocations, he held, are “masks of God.” On the surface, we see an ordinary human face — our spouse, our parent, the doctor, the teacher, the waitress, our pastor — but, beneath the appearances, God is ministering to us through them. God is hidden in human vocations as we conform our lives to Him in all that we do. The police officer, the judge, the jailer, and yes, even the executioner function as God’s agents to maintain order and punish evildoers. Soldiers serve as God’s mask to keep our nation safe. Lawmakers serve as God’s mask to bring peace and order to society. Ranchers, farmers, truck drivers, and the rest of those involved in producing and transporting food – yes, the waiter/waitress – are masks of God through whom He delivers to us our daily bread. The pastor is a mask of God, with the calling to properly deliver His Word and Sacraments to you. But it is God who is providing. When we take this Lutheran view of vocation, our entire perspective on life changes. Our ordinary relationships, our 9-to-5 routines, taking care of the kids, the work-a-day world — the way we spend the hours of the day — all become charged with the presence of God. We see God’s masks all around us. So we then honor those who are God’s masks, pray for their wellbeing, and give God thanks for His providence and for using them, and us, as His instruments. 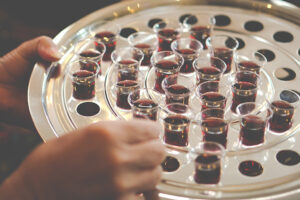 Last month we dipped our toes into the Sacraments by[...] 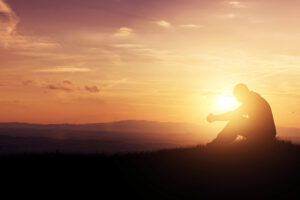 Man praying as the sun rises in the mountains.

Last month’s list of what flows from Christ’s forgiveness and[...] 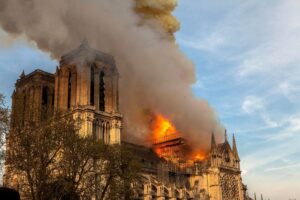 The Loss of Notre Dame

If you have not heard or seen any news items[...]